skip to main | skip to sidebar

For Immediate Release
Office of the Press Secretary
December 19, 2008

S.J.Res. 46, which reduces the compensation of the Secretary of State to the level in effect on January 1, 2007. 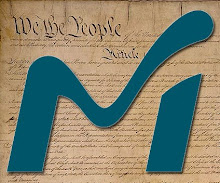 Constitutional Convention: Building Democracy 2.0 will bring over 100 members of the Millennial Generation together to discuss, act on and harness the incredible levels of civic engagement they have built through the 2008 elections using traditional grassroots organizing and new online social media.

Millennials will use interactive keypad voting technology to engage in interactive deliberative dialogue and propose innovative projects to compete for funding. They will take a fresh look at the way we view our government as set out in the Constitution and commit to upgrade that vision to build Democracy 2.0.

Constitutional Convention: Building Democracy 2.0 gives Millennials the opportunity to sustain the election momentum they created to ensure that the civic and political dialogues around major issues affecting them continue and result in action that causes systemic and lasting positive change.